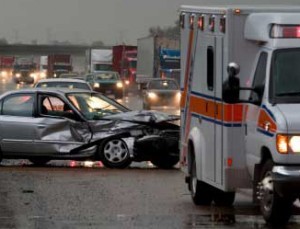 Recently, a forty-five-year-old woman motorcycle passenger from Claremont, New Hampshire, died when a vehicle turned into the path of the motorcycle. Charged with felony negligence in the operation of an automobile was an eighty-one-year-old Vermont driver.

What is Negligent Homicide?

Negligent homicide is the unintentional but careless killing of another human being.  It can be either a misdemeanor or a felony, depending upon the circumstances.

The crime of “negligence in the operation of an automobile” in New Hampshire comes under the umbrella of “negligent homicide” and  is always a felony.

According to Ryan Russman, a New Hampshire motor vehicle lawyer specializing in criminal defense, “Title LXII of New Hampshire's Criminal Code, Chapter 630, Section 630:3 states that a person found guilty of causing another person's death due to negligent driving will automatically be charged with a Class B felony.”

“However”, he continued, “if the death resulted because the guilty party was intoxicated either by the use of drugs or alcohol and was driving a moving vehicle at the time (auto, boat, etc.), he or she will be charged with a Class A felony.”

Class A felony and Class B Felony Jail Time

If convicted of negligent homicide due to careless and reckless driving, the Court can revoke the driver's license of the guilty party for up to seven years.

However, if convicted of DWI/DUI and a death occurred because of it, the Court can revoke the driver's license of the guilty party for at least seven years. Only then can the felon file a petition asking the Court's permission to reapply for a driver's license.

Depending on the circumstances, the Court may also order the installation of an ignition interlock device (as described in RSA 264-A: 36), which must remain operational in the vehicle for up to five years.

The guilty party can also be assessed fines.

Although negligent homicide is not an intentional crime, the guilty party can be severely punished. If you are facing criminal charges in New Hampshire because of negligence while operating a motor vehicle, it is very important that you consult with an experienced New Hampshire criminal defense lawyer, who will fight to get your charges dropped or your sentence and fines reduced.

It is always heartbreaking to live with the knowledge that you killed someone unintentionally, but your New Hampshire lawyer will do everything possible to help you.