Burglary can be a crime of theft. In New Hampshire it is generally charged as either a Class B or a Class A felony depending on the circumstances of the crime. 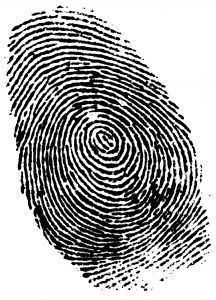 Under New Hampshire criminal law, a burglary is charged as a Class B felony if a person enters an occupied building or structure without permission, or even a locked room the person has no permission to enter, with an intent to commit any crime, although it is generally to steal property.

It is considered a Class A felony, however, if the offense occurs in a dwelling at night or if the defendant uses a deadly weapon while committing the crime or while fleeing, or inflicts serious bodily injury on anyone.

For a structure to be occupied within the meaning of the law, it must be a place that a person uses to live or sleep at, or uses for business purposes. It is not necessary that anyone be present at the time a burglary is committed.

Also, the element of night, for purposes of a Class A felony, means 30 minutes after sunset up to 30 minutes before sunrise.

There is no requirement that you force your way into a structure or dwelling, so long as you lacked permission to do so, or that you commit any crime, so long as you apparently had the intent to do so for a burglary arrest. For example, if you have a weapon in your possession or told someone beforehand of your intent to commit a crime in another person's building or dwelling, this could be evidence of your intent.

Burglary can be charged as a misdemeanor if you are caught with any devices that could be used to unlawfully enter a building, room, safe, or vault, with the intent to steal something or to commit any other crime. Law enforcement and prosecutors normally refer to these devices as burglary tools. These include knives, box cutters, screwdrivers, or any other implement that is so used.

Making or altering a tool or implement to be used for forcing open or breaking into a room, building, vault, or safe is also a misdemeanor.

The most obvious defense to a burglary is that the structure or dwelling is abandoned. It probably is legally insignificant if a homeless person or trespasser happens to be sleeping in a building either normally used as a dwelling.

Theft is the unlawful taking of someone else's property with the intent to permanently deprive the owner or lawful possessor of the item, or to obtain the services or labor of another without the intent to pay for it. Anyone with a theft arrest should immediately contact a NH burglary and theft attorney.

The severity of the offense is determined by the value of the item or services unlawfully taken.

There are numerous theft offenses under the criminal law statutes of New Hampshire. The following is a short list:

Embezzlement, which no longer has a separate category, is included herein. It is merely obtaining unlawful control over someone else's property with the intent to deprive that person of that property.

Attempted shoplifting may be a part of this offense if the person, while in the store, willfully conceals the items. Switching price tags to a lower amount or to a different container are also examples. This is typically a misdemeanor.

Extortion is obtaining or gaining control over another person's property by threatening physical harm, subjecting that person to restraint, accusing the person of a crime or that he or she will be exposed to contempt, or takes any action that would substantially harm that person's health, safety, career, reputation, or personal relationships. This is a Class B felony.

Theft of services occurs when labor or other services for sale are obtained by deception, threat, force, or any other way to deprive the person of compensation. This also applies to utility services, restaurant meals, lodging, transportation, or admission to sporting or entertainment events.

Penalties for a Theft Conviction in NH

These offenses are misdemeanors if the value of the item or services taken is $1,000 or less. If the value exceeds $1000 but is less than $1,500, it is a Class B felony, unless a firearm is stolen or the accused is armed with a deadly weapon, which carries a sentence of 3 and one-half to 7 years in prison. At least three other theft offenses committed within a 72-hour period also constitutes a Class B felony.

If the value exceeds $1,500, or the accused has a two prior theft convictions as a felony or Class A misdemeanor, it is a Class A felony.

A theft defense is demonstrating that the accused is the true owner of the property, or that no trust or fiduciary relationship existed if accused of deception. Extortion cannot be demonstrated if the consent was not induced by force or fear.

A concealment defense is that the person mistakenly placed an item in his or pocket with no intention to steal it.

No intent is shown if the defendant was unaware the property belonged to someone else, or believed he or she was entitled to the property or services.

Intoxication can be a viable defense if the accused mistakenly believed the item belonged to him or her or that a service was already paid.

Often, if the defendant attempts to return the item, a court or prosecutor may treat the defendant more leniently, although this is not a defense to the crime.

If you've been charged with burglary or theft, contact NH Attorney Ryan Russman today for a free legal consultation advising you of your rights.