Murder In Connection with Burglary: A Capital Crime? 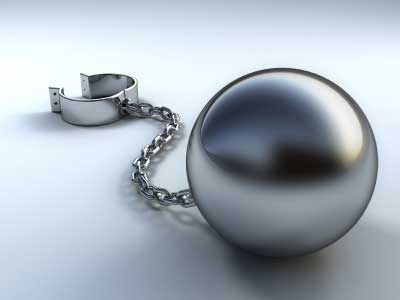 On February 1, the New Hampshire House Speaker William O'Brien expressed his support of a bill that would impose capital punishment in cases of murder committed in connection with burglary or home invasion.

The act would be named “The Kimberly L. Cates Law” as the legislative response to the burglary case in 2009 which resulted to the murder of Kimberly Cates in her Mount Vernon home.

Kimberly Cates was reported to have died due to multiple stabs in her body.  Her daughter, Jaimie, died of stab wounds as well after throwing her body across her mother's.

According to one criminal defense attorney who opposes the bill, capital punishment might not be seen as a deterrent by some defendants.  Thus, introducing the option of the death penalty for cases similar to the Cates' case might not affect the crime rate.  Other organizations such as the Catholic Diocese of Manchester and the New Hampshire Council of Churches oppose the proposed bill as well.

David, Cates' husband stated in his testimony that even though he is not an active supporter of capital punishment, he still believes that it should be considered as an option for cases of murder in connection with burglary and home invasion.

The New Hampshire crime statute was last amended to include the murder of a judge as grounds for capital punishment.

One of the concerns for the introduction of capital punishment in home invasion slayings is that it could be a precedent for other types of crimes.  Family members of victims could ask for the expansion of the death penalty to cover other crimes as well.  According to a criminal attorney, criminal defense law is still evolving; lawmakers should be cautious in passing bills that could have a snowball effect on other cases.

Among the opponents is State Rep. David Robbins.  Even though his own father was a victim of murder by an intruder, he found himself forgiving the killer by supporting the latter's parole request years after the incident.

Even though Governor John Lynch did not testify, he expressed his support of the bill through a letter, and promised to assist the House and the Senate to pass the said bill.

On the other hand, Senior Assistant Attorney General Will Delker stated in his testimony that the proposal of a bill covering the murder in connection of home invasion and burglary would be too extensive because it could apply to other types of criminal offenses as well.  He also mentioned that if the proposed bill would push through, New Hampshire could witness up to three capital punishment cases a year.  To be more specific, Delker suggested limiting the scope of the bill to cover only murders of homeowners or their guests committed in connection with burglary.

Statistics of criminal conviction in New Hampshire show that there were only three people who have been sentenced with the death penalty as of this date.  All in all, the New Hampshire crime rate is not as high as in other states and no one has been executed due to a capital crime since 1939.