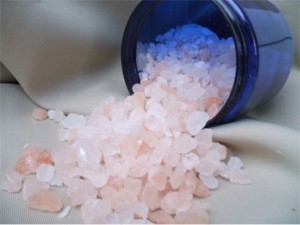 No, it's not the kind you use to soak in the bathtub. Bath salts, an illegal designer drug, has been popping up in headlines all over the nation, and recently in New Hampshire.

Police recently seized more than $100,000 worth of bath salts and other synthetic drugs from a Food Plus grocery store in Plaistow, NH a week ago. Local authorities found the drugs and paraphernalia after responding to a call hearing about a woman behaving oddly on Friday. She admitted to taking the bath salts.

Just like other synthetic drugs, bath salts are especially dangerous to the human body, and if you are arrested for using or distributing these types of drugs, you could face extensive penalties.

What are Bath Salts?

Bath salts are a relatively new drug made illegally by street chemists all over the U.S. Also known as “Purple Wave,” “Vanilla Sky,” or “Bliss” this drug is a type of methylenedioxypyrovalerone or MDPV, causing a number of reactions.

The white powder is sold in small plastic or foil packets. People all over the nation have been arrested for snorting bath salts, injecting them, or mixing in a liquid and swallowing them. The most outrageous report of a possible bath salt user was about a naked man who chewed off the face of a homeless man in Florida.

The reason why people snort bath salts is for the euphoric effect on the brain. A bath salt high overrides the brain's systems and forces it to release more dopamine. This causes the brain's pleasure receptors to overload making a user feel very good, i.e. high.

The Results of Bath Salt Abuse

However, ingesting bath salts results in some very serious side effects. Some negative effects include:

Any combination of these effects could have lasting damage to your body and brain. If an individual ingests a large amount of bath salts in a single use, fatal results have often been recorded.

Bath salts were not previously included as illegal substances in New Hampshire, however, lawmakers are now pushing for maximum penalties for using or distributing this drug.

If you have been charged with a possession of an illegal substance, it is vital that you get the right legal representation. NH criminal law attorney Ryan Russman has the experience and skill to give you the best defense in court. Don't let one mistake ruin the goals you have for your life. Whether it's a bath salts charge or another drug-related charge, Russman fights to protect your rights in court. Talk to him today.