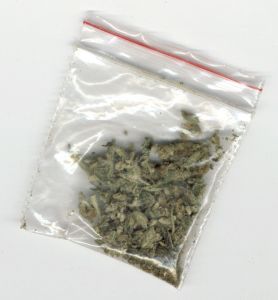 Do you have a medical need for marijuana? Or have you been charged with a drug offense? Maybe you're just interested in how New Hampshire is dealing with the question of marijuana legalization.

Last month, a number of state lawmakers filed bills that represent a wide range of marijuana legalization, and the bills are receiving an equally wide variety of reactions.

What Kinds of Bills Have Been Proposed?

Some of the bills support free use of marijuana in the state, while others would limit it to medical necessity.

In terms of legalizing marijuana only for people suffering from certain diagnosed conditions, Governor Maggie Hassan supports a new bill, HB 573, that would allow “regulated access to medical marijuana.” This means that Hassan supports the medicinal legalization of the drug as long as it is dispensed in limited amounts and with the dispensing controlled by the government. New Hampshire's former governor vetoed medical marijuana bills in 2009 and 2012, but the Marijuana Policy Project feels confident that Hassan's support will lead the new bill to pass.

On the opposite end of the spectrum, an effort nicknamed the “tomatoes bill” would decriminalize marijuana possession in New Hampshire. The bill is sponsored by Representative Mark Warden. Although Warden doesn't expect the criminal justice committee to recommend the bill, he emphasized that its existence does make the other limited-legalization bills “look more palatable” to the committee.

Two other bills fall somewhere in between limited medical legalization supported by Hassan and all-out decriminalization sponsored by Warden. Representative Kyle Tasker is sponsoring a bill that would make possession of one ounce or less of marijuana a mere violation instead of a crime. Tasker explained that he was arrested for marijuana possession when he was 17 years old, and that it negatively affected his life in an unproductive way. “I didn't learn a whole lot,” he explained, and the financial penalties were crippling. If his bill passes, possession of one ounce or less would lead to only a $100 fine and parental notification.

The fourth and final bill would legalize possession of up to one ounce of marijuana for people 21 and older. This bill, sponsored by Representative Steve Vaillancourt, would also establish a licensing process for selling small quantities of the drug, along with a procedure for taxing the sale of marijuana.

History of Marijuana Legalization and What it Means for You

Currently, New Hampshire is “the only New England state that does not protect patients if their doctors recommend medical marijuana.”

As CBS News reported recently, nearly fifty percent of Americans are in favor of some form of marijuana legalization. This number is up considerably from earlier polls in the twentieth century. According to the New York Times, only 27 percent favored legalization in 1979, and that number didn't increase much into the 1980′s, when “over 80 percent of high school students said they had easy access to marijuana.”

A number of states already permit the use of marijuana for medicinal purposes, while some states, like Oregon and Colorado, have gone as far as permitting recreational marijuana use.

Advocates in New Hampshire are eagerly awaiting results from the proposed bills. In the meantime, if you have been charged with a drug-related offense or have questions about criminal charges, contact our experienced defense attorney today to discuss your case.