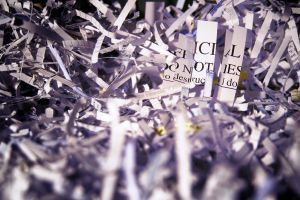 In the history of criminal law, embezzlement used to be a crime where defendants easily got away from conviction because of a loophole in the law.  Lack of proof for the element of a “trespassory taking” made it difficult for the prosecution to pursue the embezzlement charge.  For this reason, legislators decided to resolve the issue by amending the law.

Embezzlement is the fraudulent act of stealing personal property of an employer, private company or government by a person who was entrusted with it.  Oftentimes, the phrase “misappropriation of money” is used to describe this crime.  Transferring the stolen property to a third party will not affect the charge of embezzlement.

As mentioned above, criminal law has been amended to eliminate the problem of the lack of “trespassory taking.”  Now, the law only requires proof that the defendant possessed the property, e.g. goods or funds, as a result of his position or authorization granted to him to exercise substantial control over the property.  Lastly, it should involve an intentional act on the part of the embezzler.

To assess whether the defendant had substantial authority over the stolen property, courts typically look at factors such as the defendant's position in the company, description of his tasks and the company's practices.

There are different types of acts of embezzlement.  The most common case is where the defendant acquires small amounts of money over a period of time.  In other cases, the embezzlers fraudulently take a significant amount of property in the form of goods or funds in one single act.

There are also cases where employees intentionally report a smaller amount of income to the company, then take out the difference for themselves.   Stealing money through manipulation of accounting reports is also a form of embezzlement.

In a New Hampshire fraud case a couple of years ago, a 52-year old woman was sentenced for stealing more than $300,000 from a tennis club where she used to work as a volunteer.  She acquired the amount by getting cash or issuing checks to herself over a period of ten years.  The New Hampshire criminal court charged her with three felony counts of theft and issued a sentence of imprisonment.

Funds that have been acquired through an act of embezzlement have to be declared to the IRS.  Failure to do such could result to charges of tax evasion.  If the embezzler decides to return the funds, he could be entitled to deduct the amount from his taxes.

Typically, embezzlement penalties depend on the amount stolen and the level of trust granted to the defendant.  Possible penalties include imprisonment up to ten years, fines, probation, restitution and community service.

Courts consider many factors before imposing a sentence.  Embezzlement lawyers usually present circumstances to the court that will justify an alternative to imprisonment.  Alternative sentencing could be possible in cases where convicted embezzler only acquired a small amount and there was no prior history of theft, larceny or embezzlement on his records.

To safeguard their property from possible fraudulent actions of employees, companies have introduced the use of cash registers to make sure that they will receive exactly the amount of gross sales made on a particular day.  Further, various tasks are often given to different employees so as to create a checks-and-balances system within the working stations even in the absence of the owners.