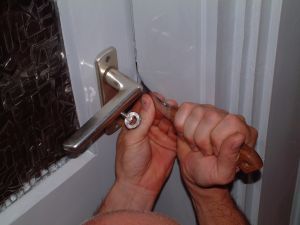 In New Hampshire, felony theft is a common term used to describe the crimes of Larceny, Robbery and the white color crime of Embezzlement.

What is a Felony?

Crimes are lumped into two general categories: felonies and misdemeanors. A felony is a crime that is punishable by death or imprisonment for more than one year. All other crimes are misdemeanors. In New Hampshire, the death penalty is only reserved for capital offenses which do not include felony theft.

In New Hampshire, there are three general types of felony theft.

Related crimes are possession of stolen goods, concealment, identity theft, internet fraud and burglary. Burglary in particular often is the double crime of unauthorized entry plus grand theft or robbery once inside.

Consequences and Defenses for Felony Theft

In New Hampshire, felony theft is categorized as a Class A felony. So if you are brought up on felony charges for grand theft, in addition to fines of $4000 or an amount that does not exceed double the amount of property gained, the jail time can be from 71/2 to 15 years in state prison.

Defenses for felony theft crimes include mistake and lack of intent. Mistake is usually used in the petty theft cases of shoplifting. For grand theft, embezzlement, robbery and other felony theft crimes, the best defense is to attack the necessary intent needed to complete the crime.

For example, if you used your neighbor's car to go to the grocery store and then immediately returned it, you would lack the necessary intent to permanently deprive him of his car. This is a necessary element for charges of grant theft. In this example you would still likely be charged for the misdemeanor of petty theft because you took the car without the owner's permission.

If you have been brought up on felony charges for grand theft, there are many qualified New Hampshire criminal defense attorneys such as Ryan Russman. Mr. Russman has the criminal defense experience necessary to prepare the best defense you will need for serious crimes like felony theft.