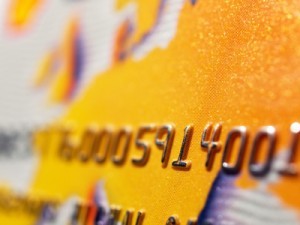 According to the Consumer Sentinel Databook released by the Federal Trade Commission (FTC) in February 2010, credit card fraud cases make 17% of the total number of reported identity theft incidents in 2009.  It is followed by fraud cases involving government documents (16%), bank fraud (10%) and loan fraud (4%) .

The Definition of Federal Fraud

According to the applicable federal fraud law, 18 U.S.C Section 1029, anyone who intentionally uses, creates or sell counterfeit access devices without authorization, commits fraud.  This includes the intentional usage of an access device, that has been issued to another person, to close a transaction or obtain anything with a value of $1,000 or more within a period of one year.

This definition applies to interstate cases or foreign commerce, which means that the penalties under federal law will be imposed if the fraudulent act committed by the culprit involves two or more states.

In all other cases, state law has to be applied.  Under Chapter 638 of Title LXII of the Criminal Code of the State of New Hampshire, anyone who presents himself as another person in any kind of transaction by using “altered writing” commits forgery and/or fraud .  New Hampshire criminal law does not distinguish forgery from fraud and imposes the same penalties for both offenses.  “Altered writing” includes all kinds of printed materials as well as checks, credit cards and other devices with value .

Credit card fraud is specifically defined in Chapter 638:5 of the aforementioned Criminal Code .   Under this section, anyone who fraudulently uses a credit card to receive payments or any other kind of benefit in spite of his knowledge that the credit card was stolen, revoked or cancelled, and that he is not authorized to use that person's payment device, commits credit card fraud.  This definition also covers the credit card theft offenses.

Identity theft or identity fraud is defined in this chapter as an offense where a person accesses personal information without authorization and uses this information to present himself as another person.

According to the same chapter of the New Hampshire Criminal Code, credit card fraud is considered a class A felony if the culprit obtained a value of more than $1,500 or if he committed a second offense within a year and obtained a total amount of more than $1,500.  The law classifies all other cases as misdemeanor .

According to Chapter 651:2 of the Criminal Code, the above mentioned regulations concerning the amount of fines do not affect the discretion of civil courts to impose additional civil fines or any type of civil penalty.

If there is solid evidence that could lead to a conviction, it is inevitable to consult a fraud attorney who could help lower the sentence.  It is also important to consult a legal expert that practices in the jurisdiction of the court that will hear the case.  For instance, if the offense was committed in Exeter, the defendant should seek the advice of a lawyer who is familiar with New Hampshire state laws and case precedents.

According to the FTC, the number of credit card fraud cases committed in connection with identity theft is gradually decreasing, namely, approximately 3 percentage points every year since 2007.  Although there were a total of 721,418 complaints in 2009, identity theft complaints went down by 5 percentage points from the previous year.  While these are positive developments nationwide, the FTC's report shows that New Hampshire ranks as the country's third state with the highest per capita rate of fraud after Nevada and Colorado.