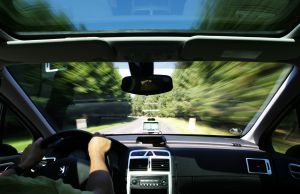 Do you routinely talk on your cellphone while you're driving a motor vehicle? A recent New Hampshire Supreme Court decision suggests that you might want to think again before picking up your phone behind the wheel. Even though New Hampshire has no bans for talking on a cell phone while driving, according to an article in Boston.com, this type of cell phone use can be used to convict a driver of criminally negligent homicide.

In June 2009, Lynn Dion was driving home at around 9 p.m. The article in the Boston Globe reported that Dion made approximately six calls on her cell phone throughout her half-hour drive home. During the last call, she was on her cell phone phone with a friend. Unbeknownst to Dion, Genny Bassett had left her house on foot to accompany her friend Elsa Gonnella back home after the women had spent the evening at Bassett's house playing cards and watching movies.

While Dion talked on her cell phone, Bassett and Gonella were walking across the street in a “freshly painted crosswalk,” but Dion was distracted and didn't stop in time to let the two women cross. The Boston Globe reported that Dion hit the brakes, but Bassett suffered a fatal skull fracture when her head hit the windshield.

The Merrimack County Prosecutor, George Waldron, argued that “cell phone distraction” was the only “plausible reason” for the accident. The lower court agreed and convicted Dion of criminally negligent homicide. Dion appealed to the New Hampshire Supreme Court, contending that, because talking on a cell phone while driving is not illegal per se, that very conduct—cell phone talking and driving—can't be the reason that someone is convicted of criminally negligent homicide.

By October 2012, Dion's case had made it to the New Hampshire Supreme Court, marking the first case in which the court would deal with cell phone use in relation to a criminally negligent homicide conviction.

Cell phone Use Can Lead to a Criminally Negligent Homicide Conviction

This month, the New Hampshire Supreme Court upheld Dion's conviction in a 5-0 decision. According to the Concord Monitor, Associate Justice Carol Ann Conboy made clear that the act of talking on a cell phone while driving is not in and of itself illegal or sufficient evidence for a criminally negligent homicide conviction, but this wasn't the issue in Dion's case. Rather, Conboy emphasized that cell phone use, just like any other legal activity, must be done with the care of a reasonable person, and when it isn't  it can lead to illegal acts.

The court emphasized that Dion did not see the women in the crosswalk and did not apply her brakes in time to prevent an accident, “despite a clear line of sight and ample time.” As a result, her inattention rose to the level of a “gross deviation from the conduct that a reasonable person would observe in the situation.”

This decision has serious implications for New Hampshire drivers, and for victims of motor vehicle offenses. According to Foster's Daily Democrat, Senior Assistant Attorney General Susan McGinnis hopes that the decision sends a message to New Hampshire drivers that driving while talking on your cell phone is “incredibly dangerous.”

Have you been charged with reckless driving or negligent homicide as a result of a motor vehicle offense? Our experienced criminal defense attorneys can discuss your case with you today.