Apps, or application software, are designed to enable the user to perform tasks such as playing games, compose music, educate special needs children, generate print media like newspapers, create documents, conduct business, or to stay in touch with friends and families through social media sites. 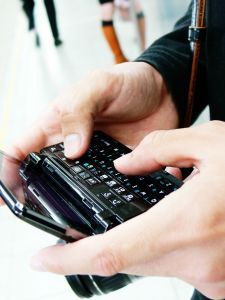 Businesses have seized on this opportunity to advertise and to secure customers for whatever service or products they are selling by providing apps to process credit cards or provide links to their products. One innovative individual, however, who was apparently fed up with having been the victim of a number of crimes, has come up with a crime reporting application that some see as a positive change in reporting illegal criminal law activity.

Eman Pahlavani of Manchester, New Hampshire has created the Crime Push that users can employ to alert police of criminal activity. A person witnessing or who is the victim of a crime, or who has been involved in an accident, can use his or her smartphone or Android tablet to alert police by sending a text, photos, sound or video to law enforcement agencies who have signed up for the service.

According to Pahlavani, a law student, you can type in information about the crime, record a video, or take a photo and then send this all at once. He claims that about 1,000 law enforcement agencies and college campuses have signed up for this free service.

The usual method of calling for emergency law enforcement or medical help is by calling 911, but there are numerous examples of callers who have been unable to quickly get through to an operator or to effectively communicate their emergency. Some operators are ill-trained or have ignored distress calls. The Crime Push app may solve some of these problems by having law enforcement immediately view a crime scene, read a distress text, or hear within seconds the sounds of a crime scene or of its victims or perpetrators.

The application displays a number of icons representing a category of crime or a reason to contact law enforcement. It apparently is not as fast as 911, but critics of 911 may say that the application makes for better communication of what crime is being committed.

Civil libertarians and criminal defense attorneys are not as enthusiastic about the application and worry about its potential for abuse. People may not be coherent and the message may be incomprehensible, especially if the person is under stress or unable to communicate well in English and their text may be misconstrued. Other concerns are that messages and videos can be sent anonymously, may misidentify a perpetrator, or may be sent to implicate someone for a crime they did not commit.

Some law enforcement officials also wonder if evidence gathered in this manner is admissible under criminal law. Statements could be unlawfully elicited without a person's knowledge. Most states require that consent be given before recording another person's statement and may hold the person recording it criminally liable if they do not obtain express consent. Photos and videos may not be under the same constraint, however, although a skilled New Hampshire criminal defense attorney may be able to persuade a court to suppress such evidence under certain circumstances.

Still, with over 10,000 users reportedly having downloaded the application, some police agencies are happy that with more crimes being reported, their jobs may get easier and streets and neighborhoods a little safer.