New Hampshire's only death-row inmate, Michael Addison, was the subject of an all day hearing in front of the New Hampshire Supreme Court on November 14, 2012. Addison was sentenced to death after his New Hampshire criminal trial for shooting and killing 35 year-old Manchester Police Officer Michael Briggs in 2006.

At the time Officer Briggs was attempting to arrest him on robbery charges. The jury imposed the death sentence after a three-part trial lasting nine weeks. The death penalty makes Addison the first person sentenced to die under New Hampshire's modern capital punishment statute. The issue of race has been raised regarding Addison's death penalty sentence because Addison is black and Briggs was white. 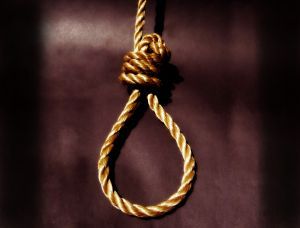 The New Hampshire Supreme Court justices in Addison's case will be deliberating the death penalty in NH for the first time in more than fifty years. Addison's criminal attorney raised twenty-two issues in the appeal. The appeal raised challenges for everything from the constitutionality of New Hampshire's death penalty to the political ambitions of former attorney general and now-U.S. Senator Kelly Ayotte. Addison's attorney took issue with how he was tried and how he was sentenced.

During a typical hearing before the New Hampshire Supreme Court, the justices ask the attorneys questions, in order to clarify the issues. During the Addison hearing, the justices' questioning turned several times to the same issue which was central to Addison's 2008 trial: whether he acted purposefully or in a moment of panic when he fatally shot Officer Briggs.

A Supreme Court trial in NH is typically only half an hour long. The time limit has been extended in the past when more time was required by the difficulty of the issues. However, a full-day hearing is unheard of, with none occurring in recent memory.

Previously, the New Hampshire Supreme Court had to determine the method it would use in reviewing the fairness of his death penalty. Addison's lawyers argued that his case should be compared to all other death penalty cases in New Hampshire to test whether racial bias or other factors influenced his sentence.

However, in an October 2010 decision, the Supreme Court held that it would compare other death penalty cases where a police officer was killed to Addison's, in order to determine if race or other impermissible factors affected the sentencing.

Under New Hampshire law, the Supreme Court must reverse the death penalty sentencing in Addison's case if it was influenced by passion, prejudice or other improper factors. The Supreme Court will now consider the issue before rendering a decision, a process that will likely take six months to a year.

If Addison is successful, then he could receive a new sentencing hearing, or even a new trial, depending upon where the justices believe any problems occurred. If the Supreme Court finds against Addison, he will return to death-row. While a ruling against him will not exhaust all of his options, Addison's best chance at getting off of death-row will be gone.