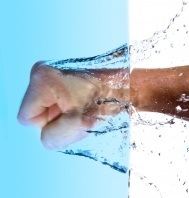 Republican state representatives from New Hampshire have introduced a bill designed to reduce the charge of simple assault. Under the conditions of the bill, the charge would drop from a misdemeanor crime down to a mere violation-level offense in cases where physical contact “ doesn't result in any harm or injury.”

Both the Concord Monitor and the Huffington Post have cited various advocacy groups' dismay over the new bill, indicating that it may have the effect of permitting domestic abuse. What do you need to know about the bill? Having an idea of the merits of the charge, who is in favor of the bill, and who opposes it can give you an idea of the stakes involved.

What is a Simple Assault in New Hampshire?

Under New Hampshire state law § 631:2-a, which has been in effect since 1979, a simple assault occurs in one of three situations:

According to the statute as it currently stands, the charge of simple assault is a misdemeanor offense unless one of the above injuries occurred during a fight in which both people involved consented to that fight. In such a case as this, the statute already indicates that the simple assault carries the lesser charge of a violation.

The new bill proposes that the violation-level offense of simple assault would lead only to a $100 fine and 10 hours of community service.

Who is in Favor of the Bill?

Supporters of the bill, including the three state representatives who introduced it in January, argue that “the current law is draconian and too broad.” What does this mean? Representative Frank Sapareto explained the dangers of a simple assault charge—as it is now, a misdemeanor—to the House Criminal Justice and Public Safety Commission. He referred to his own arrest for simple assault in 2011, and explained that “the only harm committed, the only harm whatsoever—and serious harm, detrimental harm—occurs by the charge, from the assault charge.”

Two other representatives supporting the bill are Representatives Keith Murphy and Kelleigh Murphy, husband and wife. Kelleigh Murphy was arrested in 2009 for a simple assault charge filed by an employee at the couple's restaurant, Murphy's Taproom. The charge was later dropped. Keith Murphy indicated that he and his wife support the bill because they hope to prevent embarrassments like the one they faced.

Who Opposes the Bill?

Law enforcement groups and domestic violence advocates argue that the bill will only “empower bullies and abusers.” Jill Rockey, the executive director of a crisis center in central New Hampshire, said that if the bill passes, it will be more “difficult for the police to prosecute cases of domestic violence.” She emphasized that abusers in domestic relationships already try to hide their crimes, and by reducing the charge of simple assault to a mere violation, these batterers will be punished only with a nominal fine and the unlikely deterrent of limited community service hours.

The Huffington Post echoed Rockey's concerns, reporting on State Representative Mark Warden's comments about the bill. He suggested that government regulations should not oversee domestic relations, as “a lot of people like being in abusive relationships.”

News agencies make clear that the bill is receiving a lot of heat in our state. Whether the bill passes or not, it may have significant consequences for those accused of certain criminal offenses.