Police departments have recently begun a new initiative to prevent crime: public shaming. Those convicted of DUIs, soliciting prostitutes and theft are the most frequently targeted for public shaming. 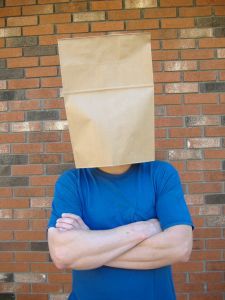 Police hope that the public shaming technique will be effective in preventing crime, particularly with regard to soliciting prostitution. A survey of over 200 police departments nationwide revealed that most officers believe that the best way to curb prostitution is to target the customers. And the most effective way to target the customers is through their fear of being revealed. Those arrested for soliciting prostitution usually ask “Is my wife going to find out?” or “Are my co-workers going to find out?”

Law enforcement has been particularly interested in different ways to combat prostitution. While in the past they mainly targeted the women, they were finding that more and more of the prostitutes were the victims of circumstances so cruel that their lives were no better than that of a slave.

Police have used different techniques for the public shaming. In Fresno, California the police run a website called “Operation Reveal” that features the mug shots of suspected johns. In Arlington, Texas, a highway billboard shows the picture of four suspects and states “This could be you.” In some cities, police send “Dear John” letters to the homes of car owners seen cruising the streets for prostitutes. Other cities have encouraged citizens to attend court in prostitution cases.

The issue of public shaming has come to the forefront lately, due to the prostitution scandal in Kennebunk, Maine, where a Zumba instructor is accused of running a prostitution ring out of her studio. The local police plan to release over 100 names of prostitution clients over the next several weeks.

In some locations, judges are forcing people convicted of theft or shoplifting to walk in front of the location that they stole from, wearing a sign proclaiming their crime. The hope, like with prostitution, is that people will think twice before committing the crime if they know that everyone will find out about it.

Critics of public shaming point out several flaws. First, public shaming affects more than just the person that committed the crime. The family members of the defendant, particularly children, could be subject to harsh treatment by their peers over something over which they had no control. Second, some of the public shaming programs are used with suspects, rather than those convicted. It is very simple to ruin someone's life with an accusation, and even a not guilty verdict may not be enough to remove the stigma of having their face plastered on a billboard or a widely-read website.

It remains to be seen if authorities in our area will seek to fight crimes in New Hampshire with these tactics. However, it is not unlikely that those facing a DUI punishment in Manchester or any other New Hampshire conviction might have to deal with these “shaming” punishments. It is yet another reminder of the need for all those convicted of crimes to seek out a fierce advocate to press for their interests every step of the way.