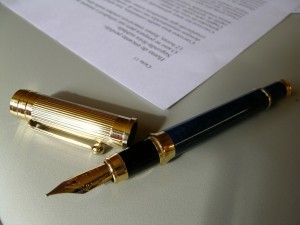 In general, statutes of limitation pertain to the part of criminal law that prevents someone from bringing a legal claim to court because the length of time to do such has expired.

In New Hampshire, defendants could face criminal charges for criminal offenses and the statutes of limitation could be applied to both types of cases.

The defense based on statutes of limitations falls under the so-called affirmative defense.

This refers to the condition that prevents the plaintiff from pursuing a claim.

If successful, the defendant could be acquitted from both civil and criminal liability.

In an affirmative criminal defense strategy, the defendant will have to bear the burden of proof.  Fortunately for the defendant, he is only subject to a lower standard.

It could either be based on “clear and convincing evidence” or “preponderance of the evidence.”

In other states, however, the plaintiff needs to provide proof that will invalidate the evidence presented by the defendant.

This evidence should prove beyond reasonable doubt that the plaintiff is not barred from filing the suit.

The statute of limitation applicable to state crimes can be found in Section 625:8 of the New Hampshire Criminal Code.  Murder charges could not be barred by time.

Charges of class A or B felony, on the other hand, are subject to a statute of limitation of six years.  Suits involving official misconduct should be brought to court within two years.

Sexual assault and related offenses involving a minor are limited to 22 years after the victim's 18th birthday.

Misdemeanor charges are limited to one year while violations based on the penal code have to be asserted within three months.

Need for an NH Criminal Lawyer

As mentioned above, the argument of the defense pertaining to the statute of limitation is a type of affirmative defense.

Such defense needs to be asserted by the defendant, and he is also expected to show evidence of its applicability.

The prosecution could then come up with arguments disproving the time and date of the offense which could have a negative effect on the defense.

Due to technical issues involved in the preparation of this defense strategy, it is best to consult a criminal lawyer before appearing in court.