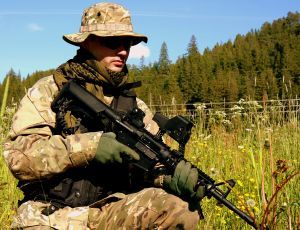 Gillibrand introduced a measure that would strip military commanders of the power to decide what sexual assault cases are heard in court by giving that decision to military prosecutors. Sen. Carl Levin, (D-Michigan) chairman of the Armed Services Committee, opposed stripping sexual assault prosecution decisions from the chain of command, saying he had an “alternative approach which those of us who favor it think is much more effective, frankly, to removing it from the chain of command, since you've got to rely on the chain of command to change the culture,” Reuters reported. Under Levin's measure, senior military officers would review any decision made by a commander who decides not to prosecute a sexual assault case.

Senator Barbara Boxer (D-California) disagreed with the committee's decision to remove Gillibrand's measure saying “It's outrageous” and that they [the committee] “basically embrace the status quo.” The military, which was also not in support of Gillibrand's measure, has been unable to stop sexual assaults, or even limit them at all, as a new study published by the Pentagon found that about 26,000 assaults occurred last year, a jump from the 19,000 that occurred in 2010. ABC News reports that only about 3,374 of the 26,000 cases were actually reported.

Sen. Patrick J. Leahy (D-Vermont) wants to change in regard to the current law for military sexual assaults and stated that “To do things as they've always been done is not acceptable.” According to the New York Times, he made these remarks to Defense Secretary Chuck Hagel during a spending hearing. He suggested that commanders be replaced with state prosecutors to handle military sexual assault cases, then clarified that he was “just throwing that out there.”

The Times reports that the Senate will be voting on measures that include criminalizing retaliation, mandatory review of cases that commanders decide will not be prosecuted, removing the ability of commanders to overturn jury convictions, and automatically dishonorably discharging sex offenders.

U.S. Allies in Favor of Removing Chain of Command in Sex Assault Cases

While the U.S. Military wants to keep the chain of command intact, many of its allies have broke with that tradition, including Canada, the United Kingdom, Germany, Australia, Israel, and Norway. Australian Army Lt. Gen David Morrison feels so strongly about sexual assault in the military, he said “Those who think it's okay to behave in a way that demeans or exploits their colleagues have no place in this Army,” ABC News reported. “On all operations, female soldiers have proven themselves in the best traditions of the Australian army. They are vital to us, maintaining our capability now and into the future. If that does not suit you, then get out,” Morrison said.