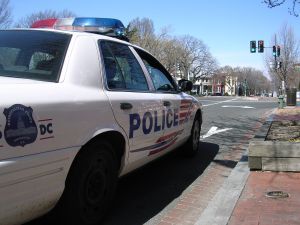 Earlier this month, a New Hampshire DWI arrest was made involving a 52-year old driving a 2001 Ford Windstar van in Merrimack.  Anthony Marshburn was charged with a 1st DWI offense, DWI per se, along with an open container violation.  He was stopped by Merrimack police due to a yellow line violation.

While being questioned, the police noticed the distinct odor of alcohol on his breath and an indication of impairment in his behavior.  After a brief investigation, Marshburn was arrested and brought to the Merrimack Police Department for further questioning.  He was released after paying the personal recognizance bail of $1,500.  His court date is set on March 29.

In another recent New Hampshire DWI case, 41-year old Joseph Richards from Milton was arrested after hitting a utility pole on Milton Road, near Flat Rock Road.  Police reported that the accident caused power outage in the area which lasted for more than three hours.  Also, Milton Road had to be shut down while the pole was being repaired.  Upon payment of the bail, Richards was released.  He is expected to appear in the Rochester District Court on March 14.

In Epping, another arrest was made involving a driver who took the wrong way on Route 101.  According to police reports, the driver of 2002 Dodge Caravan was headed west in the eastbound lanes of Route 101.  After getting caught in the area of Exit 7, the driver was arrested and charged with DWI, reckless conduct and driving after suspension.  The owner of the vehicle, who was in the car at the time of the accident, was also charged with reckless conduct because of her disorderly behavior during the arrest.

In cases where there is strong evidence against the defendant, it is important to hire a lawyer to prepare the defense, who will conduct his own investigation and gather evidence that will weaken the arguments for the drunk driving offense.

The DWI attorney representing the defendant needs to present proof that will cast doubt on the evidence collected by the enforcement officers.

He could argue with the so-called “mistake of fact.”  This defense strategy focuses on possible errors on the side of the investigating officers.

Another option for the defense is the argument of “involuntary intoxication,” which pertains to the lack of intent on the side of the defendant.  Even if the defendant could not be discharged from all charges, a well-prepared defense could at least lessen the sentence.

In New Hampshire, DWI cases usually lead to the conviction of the driver.  For this reason, defendants often seek the legal assistance of a New Hampshire attorney to avoid imprisonment and high fines.