A prosecutor with the Rockingham County District Attorney's Office resigned after he was arrested for driving while intoxicated (DWI). William Pate, an assistant county attorney who was hired in October 2004 and prosecuted cases on the Seacoast, was on a two week vacation. He was pulled over after 11 PM on August 31st. Pate was stopped when he attempted pass through an area where an officer was directing traffic around an unrelated accident. Pate was released on $1,000 personal recognizance. 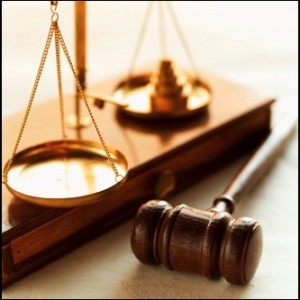 Pate called County Attorney Jim Reams on the morning following the DWI arrest. When he arrived at work several days later, he immediately handed Reams his letter of resignation. Pate's cases were transferred to other county attorneys. The resignation was standard protocol, set up by Reams. The protocol exists to reassure the public that decisions made at the county attorney's office are made with the highest integrity and there are no agendas other than professional prosecution. It is important that a New Hampshire DWI prosecutor not be tainted by past events in conducting his duties.

This NH DUI prosecutor resignation may be a unique case, but it is a reminder that NH DUI or DWI arrests or convictions can certainly affect careers. In fact, between license suspensions and possible jail time, it's not hard to imagine some interruption of regular work activities.

A license suspension may make it difficult to get to and from work, or even complete job duties if driving is a primary part of the job. In addition, a lengthy time in jail could test an employer's patience and lead to a termination. Finally, the simple publicity of a NH DWI or DUI may lead an employer to terminate employment, particularly in law enforcement, religious ministries or other positions where public opinion is important.

A DWI conviction may even affect future jobs as well. Employers can ask about an applicant's prior criminal record or may conduct background checks. That's why it is important to use an attorney such as Ryan Russman who is experienced and knowledgeable in New Hampshire DWI law to fight your charges.