Illegal Traffic Stop Could be a New Hampshire DWI Defense 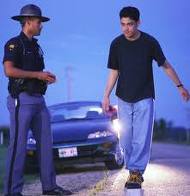 In order for an officer to be able to legally detain you or require you to pull over when you are driving, he or she must have “reasonable grounds to believe that you have committed a traffic violation.

Once that stop is made, the officer may expand the investigation for DUI.

The officer must be able to provide and be willing to testify to specific observations of these reasonable grounds, such as observing you weaving in and out of traffic, driving above or below the speed limit, or exhibiting some other behavior that would warrant a reasonable person to suspect that you were driving while intoxicated.

One of the most critical components citizens must learn to understand is when they are actually being “seized” by the officer.

Whether it is when an officer stops by your hospital room to question you and it is the medical staff that has you confined and not the officer or if the officer checks on you when you are legally parked in your vehicle but not driving if the officer did not “force” you to comply,place you under arrest,or otherwise make it impossible for you to leave or end the questioning, then the officer has not seized you and anything you say or do will be admissible as evidence against you.

If the officer does not compel you to get out of the vehicle or place you under arrest and read you your Miranda rights, you have every right to end the conversation, leave, or otherwise discontinue the contact (notwithstanding your obligation under the law to identify yourself).

Pretextual Stops: The Officer Observes a Violation of the Motor Vehicle Law

Pretextual stops are stops in which the officer observes you violating a motor vehicle law and uses that as a pretext to stop you and determine if you are violating the DWI law.

These stops have been upheld under both the state constitution and the federal constitution, as long as there was a valid reason for the officer to pull you over.

Quite often, if there is a way for your attorney to prove that the traffic stop itself was illegal, it will be done during a pre-trial motion.

One way in which your attorney may be able to fight a pretextual stop is if there exists the possibility of racial profiling being a factor in the stop.

Minor Violations Could Happen to a Person That is Sober

Your attorney may be able to argue that the stop was not reasonable if the officer claims you were weaving in and out of your lane, particularly if it was in a manner that could have happened to a sober person.

New   Hampshire's statute governing lane control recognizes that people will not be able to stay perfectly within the lanes; vehicles are to “be driven as nearly as practicable entirely within a single lane.”

Several states have heard cases in which the driver drifted slightly, either across the fog line or across the yellow line, and the courts have consistently found that it does not constitute reasonable suspicion.

Anonymous Tips Could Lead to a Drunk Driving Arrest

An officer must have reasonable suspicion in order to make a traffic stop, but that suspicion may be in the form of a tip received by the officer from a citizen who observed the suspicious driving.

In such a case, the officer does not actually have to witness the suspicious driving, but can stop you based on the report of the citizen.

Your attorney should still attempt to fight the stop and suppress the evidence,but do understand that the New Hampshire Supreme Court has set guidelines for anonymous tippers, who must identify the make, model, plate number, etc.,to ensure that the officer can “be certain that the vehicle stopped is the one the tipster identified.”

The Supreme Court, in its decision in State v. Christine Sousa (2004), determined that the following measures must be met for an anonymous tip to reach the point of reasonable suspicion:

“We hold the following factors, viewed in light of the totality of the circumstances, are important when evaluating whether an anonymous tip gives rise to reasonable suspicion. First, whether there is a “sufficient quantity of information” such as the vehicle's make, model, license plate number, location and bearing, and “similar innocent details” so that the officer may be certain that the vehicle stopped is the one the tipster identified. Wheat, 278 F.3d at 731. Second, the time interval between the police receiving the tip and the police locating the suspect vehicle. Id. Third, whether the tip is based upon contemporaneous eyewitness observations. Id. at 734; see Blake, 146 N.H. at 4. Fourth, whether the tip   is sufficiently detailed to permit the reasonable inference that the tipster has actually witnessed an ongoing motor vehicle offense.”

Length of Officer Detention Has Limits

Once an officer has required you to stop, he or she has a limited amount of time in which to determine whether or not his or her suspicions are founded.

The questions the officer asks must “be carefully tailored to its underlying justification … [and] must be temporary and last no longer than is necessary to effectuate the purpose of the stop.”

If the officer detains you for too long or questions you about things that are not a part of what he detained you for, the evidence and testimony can be suppressed.

If the officer stopped you for one thing (i.e., speeding) and begins to question you about another suspicion, he or she must be able to demonstrate ”

(1) the question is reasonably related to the initial justification for the stop;

(2) the law enforcement officer had a reasonable articulable suspicion that would justify the question; and

(3) in light of all the circumstances, the question impermissibly prolonged the detention or changed its fundamental nature.”

This post contains excerpts from The DWI Book, the definitive guide to protecting your rights in the face of New Hampshire's tough DWI/DUI laws.