There may be no other more horrific near-death experience than that of an airplane crash or near crash. Airplane crashes, unlike automobiles, nearly always result in fatalities when falling from the sky or even while on the ground given their speeds while landing or attempting to land.

For these and other reasons, pilots are held to higher standards than a motorist, especially when it comes to a pilot DUI.

A pilot DWI or DUI refers to an alcohol-related motor vehicle offense that affects the pilot's license, as well as that of a pilot charged with flying or attempting to fly while under the influence of alcohol or drugs.

Because the risks involved in flying an aircraft are so great, if you are a licensed pilot and are arrested for a DWI in New Hampshire, or any other state, there are certain steps you must take if you want to retain or be able to get your pilot's license back at a future time. 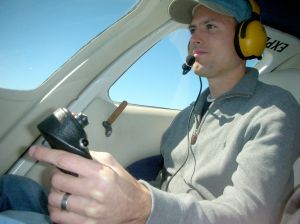 The Federal Aviation Administration (FAA) regulates the activities of pilots and the requirements for licensing. The FAA possesses the authority to revoke, suspend, or cancel your pilot's license for a “motor vehicle action,” which includes a conviction for a DWI or any administrative action in which your driver's license is suspended or revoked. This means that should you be found not guilty of a DWI, you could still be subject to having your pilot's license suspended.

According to FAA regulations, a pilot may not fly an aircraft or be a crew member in a civil aircraft within 8 hours after consuming alcohol.

The blood alcohol content (BAC) limit for flying an aircraft is 0.04 percent, which is about one drink in an hour for a person weighing 160 pounds. The FAA prohibits you from flying an aircraft, attempting to fly one, or from becoming a crew member if your blood alcohol is greater than 0.04 percent, even if 8 hours have passed since you last consumed alcohol. Violation of this rule can result in having your pilot's license suspended or revoked.

If you are tested and show a BAC of between 0.02 and 0.39 percent, while not a rules violation, FAA regulations will still prohibit you from performing any safety-sensitive duties until your BAC drops below 0.02. This includes flying an aircraft.

If you have a driver's license, you have impliedly consented to alcohol testing. An unreasonable refusal to submit to a request for testing by local or state law enforcement while driving a motor vehicle can lead to revocation of your driver's license and your pilot's license by the FAA.

Similarly, if you refuse to submit to alcohol testing by a law enforcement officer pertaining to flying while under the influence, your refusal may be a violation of the applicable (Federal Aviation Regulations) FARS regulations and lead to a certificate action and probable FAA revocation of your license.

Also, your employer may have a policy that could revoke or suspend your flying license apart from FAA regulations.

In situations like this, you are highly advised to retain an experienced NH drunk driving attorney.

Reporting Requirements for a Pilot DUI

Should you be charged with a DWI, indicate a BAC of at least 0.08 percent on a breath or other authorized test, or refuse BAC testing, you only have 60 days to report the “motor vehicle action” to the FAA, Security and Investigations Division (AMC-700) in Oklahoma City. Reporting to the local FAA office is not sufficient.

A specific Notification Letter must be sent to the Division, which can be downloaded from the FAA site, and must include the following information:

If you plea bargain to a reckless driving charge, you will not have to report it to the FAA only if your license was not suspended. Any alcohol-related driving suspensions still must be reported.

There is the National Driver Register (NDR) that lists all traffic related convictions, which the FAA is authorized to review. If you should fail to include any of the required data or falsify any information, your FAA pilot and medical certificates will be revoked. 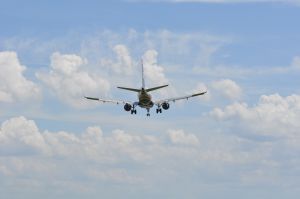 Should you have had a BAC test that exceeded 0.15 percent, the FAA's aviation medical examiner (AME) may not issue a medical certificate and will require you to obtain a substance abuse evaluation from an authorized counselor before the issuance of a medical certificate will even be considered.

If your BAC was 0.20 or higher, you will also be required to consult an HIMS (Human Intervention and Motivation Study), an alcohol treatment program for pilots, and you will likely be disqualified from flying.

Alcohol abuse counseling and participation in an HIMS program is now typically required by the FAA if you refuse a blood alcohol test while driving, flying or attempting to fly.

Penalties for a Pilot DUI

Should you be convicted of a DWI or of have tested for a BAC of 0.04 while flying, attempting to fly, or attempting to become a crew member, you must file your Notification Letter, which will result in an investigation and certificate enforcement action.

Submitting two Notification Letters for a single incident, even if it resulted in a DWI and a separate license revocation, is treated as a single event by the FAA. If you have two separate alcohol-related events within 3 years, the FAA will deny your application for a pilot's license or will revoke or suspend your present license.

The intricacies and issues pertaining to a pilot DUI are many and complex. A pilot is subject to testing at any time and must comply with New Hampshire DWI laws as well as FAA requirements regarding alcohol consumption, BAC levels, and reporting requirements.

Only an experienced and knowledgeable DUI attorney can ensure that your rights as a motorist and as a pilot are protected. Contact Ryan Russman, a New Hampshire board-certified DWI defense attorney.