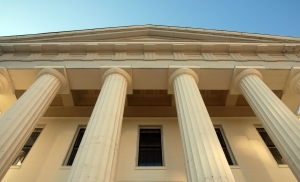 One of the first court appearances you will make is your arraignment hearing.  This usually occurs within a few days of your arrest.

At this time, you will be informed of the charges against you and asked to enter a plea of guilty or not guilty.

If you plead guilty, your next trip to court will be for sentencing.

If you are at District Court, this will probably be waived; your lawyer will file a motion.

Even if you were driving while intoxicated and feel the evidence is indisputable, you have the right to plead not guilty and present your case in court before a judge or jury.

Do not give up your rights just because it feels hopeless – an experienced DWI attorney may see things that you would not.

Even if you are later found guilty, it may be to a reduced charge or with a lesser sentence.

Having a good DWI attorney early on can make a significant difference in the outcome of your case.

If for some reason you cannot afford an attorney, it is at your arraignment that one will be assigned if you are being criminally prosecuted.

In addition to the benefit of having an attorney to get you through the arraignment, certain motions and challenges must be made at your arraignment or shortly thereafter.

If you do not make these motions in a timely manner, you lose the chance to have those defenses at your disposal for both your trial and for any potential appeals.

Another reason to have an experienced DWI attorney working on your behalf before the arraignment is because the DWI attorney will know the reputations of the judges.

Timing is critical, as this motion must typically be made before the judge has made any rulings in your case.

The Lawyer will have a Pre-Trial Conference with the Courts

A pre-trial conference is usually held to determine the scheduling needs of the attorneys and judge involved in the case.

An experienced DWI attorney will not discuss significant details in a casual setting (such as in the judge's chamber) because it would not be part of the court record.

Pre-Trial Motions are important for a strong criminal defense

The motions your attorney files before your trial may determine the direction and nature of your case.

Motions can be filed to request the judge's opinion on certain facts or laws.

If these motions are filed (in writing) they will be argued by your attorney at a hearing before the judge.

The prosecutor is also allowed to be there to dispute the motion.  Motion hearings may also have witnesses, testimony and evidence.

The judge will make a decision about the motion and whether or not the motion is decided in your favor, you will have a record of a decision that could potentially give you reason for appeal later.

If the motion is not made at the right time, the appellate court will not even consider the matter on appeal.

If your attorney is successful with the motion and the judge decides in your favor, your attorney will gain great advantage in being able to negotiate your case with the prosecutor.

Your attorney may be able to get the charges reduced or dismissed.

Even if that is not the case, the motion forces the state to perhaps reveal evidence and testimony they would have preferred to keep quiet about until your actual trial, and it allows your attorney to become more prepared to defend you.

Who will testify in your defense case?

By the time you reach the point of trial, your confidence level in your attorney should be extremely high.

You should have developed a comfortable working relationship, and you should be very confident in his or her judgment.

Even if you have experienced some setbacks, you should be able to place your complete trust in your attorney.

One thing your attorney should decide is who, if anyone, will make a good defense witness.

Your attorney will know the weaknesses of putting a witness on the stand who may be a good defense witness, but who would never withstand cross-examination.

After these many months, you should trust your attorney and follow his or her guidance.

After hearing all of the testimony from both the prosecution and the defense, the judge is required to give the jury specific instructions about how to come to a decision regarding your case.

There are specific rules that the jury is required to apply when decided your guilt or innocence.

The instructions not only explain the details of the crimes with which you were charged, but also how the law must be applied.

The judge must also explain to the jury the rules about making the decision.

It is completely up to the judge how he or she chooses to instruct the jury and which rules are emphasized.

The judge's instructions to the jury may be a basis for a later appeal if the judge chose not to give the jury instructions that would have either had a favorable impact on your case or would have caused them to consider certain information a certain way.

An experienced DWI attorney is well aware of the critical nature of the instructions, and even by being able to persuade the judge to change a word or two may make the difference between a conviction or not – and if the judge does not agree to the change, your attorney knows that the issue must be objected to in order to preserve it for appeal.