Driving under the influence of drugs (DUID) in New Hampshire is a criminal offense that makes it illegal for any driver to take a drug such as cocaine or marijuana, as well as any prescription medication, which impairs the driver's ability to drive.

The procedure for detecting drug levels in the body, however, is not as easily administered as it is for blood alcohol levels. All 50 states use the standard of 0.08 percent as the blood alcohol limit for driving legally, although a driver can still be charged and convicted for drunk driving even if their blood alcohol concentration limit is lower. No similar standard exists for drugs. 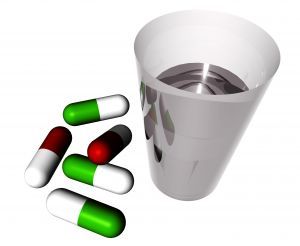 Unlike alcohol blood testing, there are no drug screening devices available other than a blood test that specifically looks for certain drugs. Further, these drugs can remain in the body for several days. In the case of cocaine, the drug can be detectable for three or four days or longer if you are a frequent user, or up to 30 days for marijuana. Merely having detectable levels of these drugs in your body does not mean that they played a role in your driving conduct.

Accordingly, law enforcement must first attempt to ascertain through subjective visual tests to determine if a motorist may be under the influence of a particular drug.

There is no doubt that drivers who ingest illegal drugs or prescription medication that adversely affects their judgment and coordination while driving are putting themselves, passengers, pedestrians and other motorists at risk. But the procedures for detecting drugs, and if they did impair a motorist, must be fair and reliable.

The signs or indications that a driver may be affected by alcohol or other drugs are varied. Here are a few common ones that law enforcement typically relies on before detaining a motorist:

A police officer must have cause to stop you, but you need not have violated any New Hampshire traffic laws to be detained. An equipment violation can be cause for a legal stop such as a nonworking headlight or taillight, or your vehicle may have matched another one wanted for use in a crime.

New Hampshire has had a program since 1991 designed to detect drivers who may be impaired by drugs or alcohol and have trained officers to become Drug Recognition Experts (DRE).

These trained officers employ a standardized system of evaluating drivers. It includes a breath test, checks of vital signs, a series of eye examinations, psychophysical tests, and an interview by the officer.

After administering these tests, the officer is apparently able to discern which drug or category of drug may be impairing the driver. According to the New Hampshire Department of Safety, these categories are:

The toxicological results of a blood or urine test, however, are needed to confirm the presence of a particular drug and the officer's suspicions.

An experienced DUI attorney can challenge a number of factors if you have been arrested for DUID.

Generally, a stop is difficult to challenge as being unreasonable or illegal. Officers are savvy enough to cite a good reason for stopping someone and suspecting they are impaired.

Most challenges are to the officer's biased attitude and to his or her non-adherence to carefully delineate procedures for conducting field sobriety tests or, in the case of suspected drug use, how they were able to detect the presence of a category of drug.

If the officer is a DRE, each step of the procedures used and the tests applied are carefully scrutinized. Rarely does anyone follow a procedure perfectly and there often signs or factors that contradict the officer's conclusions.

Further, the blood test that is administered must be performed by certified personnel, who must follow certain protocol and establish a chain of evidence. Other challenges to these tests are available as well to an experienced DUI attorney.

Any driver who operates a motor vehicle in New Hampshire has implicitly consented to taking a physical test and breath or blood test to detect the presence of alcohol or drugs.

This means that if the officer suspects you are impaired, your failure to consent to a breath or blood test could result in the suspension of your driving privileges for at least 180 days for a first-time offender, and two years for a prior offense. The license suspension time increases if you have more than one prior offense.

DUI offenses are misdemeanors, unless you have a fourth conviction or more. This enhances the offense to a felony that carries substantial jail time and a minimum license suspension of seven years.

Being accused of DUID, driving while under the influence of drugs, is a serious offense in New Hampshire that requires professional handling by an experienced and knowledgeable New Hampshire DUI attorney. Your driving privileges, employment opportunities, insurance rates, freedom and integrity are at stake.

Contact Ryan Russman, an experienced New Hampshire DUI attorney, if you have been charged with DUID or DUI, or if have any questions.