Your Guide to a CDL DUID Charge 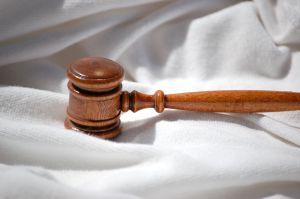 If you have a CDL you know its value. More than just a right to drive big rigs, motorcycles, and other atypical vehicles, a commercial driver's license provides you with a way to make an income and build a career. Most individuals who possess a CDL understand that the ramifications of driving under the influence of drugs or alcohol can mean more than a fine and a temporary loss of driving privileges; it could result in the end of a career.

In New Hampshire, the law punishes those who hold a CDL severely if caught driving under the influence of drugs. Those who have a CDL and a DUID on their record may have a difficult time finding future employment in commercial driving, or any other industry. If you were charged with a CDL DUID, and you were not ingesting drugs illegally or drinking over the NH BAC limit (.04) you could still receive a DUID charge. Prescription drugs in the form of painkillers and other similar medicines can cause reactions very similar to those driving under the influence of alcohol.

CDLs and Prescription Painkiller Drugs – Your Rights in New Hampshire

In New Hampshire police office will administer sobriety tests, which are the same used for alcohol-related offenses. You could be cited for a DUID, or DWI if the officer determines you are unfit to drive. However, field sobriety test are often administered incorrectly making it easy for CDL drivers to walk away with a false conviction.

Attorney Ryan Russman has specific experience regarding drug and alcohol testing in New Hampshire. As an expert in alcohol, drug, and prescription drug testing, he knows how to examine your charge and the results of the tests leading to your charge. Attorney Russman is certified as:

As one of New Hampshire's board-certified DWI attorney, he is the lawyer you need to talk to when charged with a CDL DUID. Even if your charge occurred out of state, NH still has the right to temporarily suspend your license until your case is resolved. This means an immediate loss of income for many CDL drivers. Prescription medicines and over-the-counter drugs that can affect your driving include:

Your CDL could be at risk for permanent revocation if charged with a DWI or DUID. Attorney Russman knows how to investigate the difference between operating a vehicle under the influence and an improperly administered sobriety test. His experience can save your career, and your life. Talk to him today about your options.