Virtually everyone alive today has always lived knowing there were laws against driving under the influence of other substances. But in reality rules and regulation regarding travel after using drugs or alcohol developed piecemeal in different ways across the country. Analyzing the history is helpful to understand why NH DUI laws exist in their current form. 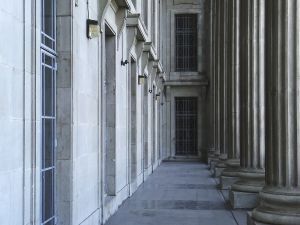 The first jurisdiction to adopt laws against drunk driving in the United States was New York in 1910. California and other states soon followed. The punishment for  conviction was $1,000 and a year in jail. However, these early DUI laws simply prohibited driving while intoxicated—there was no set definition of what level of inebriation qualified as drunk driving.

In 1936, Robert Borkenstein invented the “Drunkometer.” It was a device, similar to a balloon, which people breathed into and was then used to determine whether they were drunk or not. Soon after, in 1938, the American Medical Associate and the National Safety Council began to study the problem of motor vehicle accidents related to alcohol. The two groups suggested establishing a specific blood alcohol content standard of .15%.

In 1953, Robert Borkenstein invented the Breathalyzer. The Breathalyzer used chemical oxidation and photometry to determine alcohol concentration. The machine measured the alcohol vapors in the breath, and it would show the level of alcohol in blood.

During the 1960s, drunk driving was considered a “folk crime” and almost a rite of passage for young men. Although the laws had harsh penalties, they were rarely applied. Upon arraignment, the defendant would ask for a jury trial, where they were almost always acquitted. The National Highway Traffic Safety Administration worked to show legislators statistics and graphic photos depicting the dangers of drunk driving. Their efforts led some states to lower their permissible blood alcohol content levels to .10% or .12%.

Even with the ease of use of the Breathalyzer, it was not until the 1970s that the state and federal governments sought to institute stricter legal limits to curb the spread of DUI accidents across the United States. In 1972, states began to pass per se DUI laws, where the state did not need to prove that the alcohol affected the driver's ability to operate the motor vehicle. They only needed to prove that the driver was operating the vehicle and that his blood alcohol content was above the legal limit. These per se laws are still in effect today in all 50 states. This is why a NH DWI conviction still only requires a showing of a BAC over the limit (.08% in most cases).

In 2000, President Clinton's transportation appropriations bill required all states to lower their permissible blood alcohol content to .08% by October 2003 or risk losing federal highway construction funds. The government concluded that lowering the permissible limit from .10% to .08% reduced alcohol-related fatalities by 7%, translating to 500 lives saved each year.

By October 1, 2003, forty-five states had passed .08% blood alcohol content laws. Finally, by July 2004, all fifty states had passed legislation lower their blood alcohol content limits. Of course, NH DUI laws mirror this trend, and a .08% BAC may lead to a conviction. In some cases—those under 21 and commercial drivers—the BAC limit is even lower.