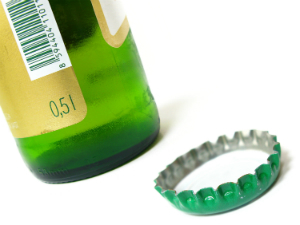 Last month the National Transportation Safety Board (NTSB) made the recommendation that all 50 states lower the blood alcohol content (BAC) standard of 0.08 to 0.05 in an effort to significantly decrease drunk driving and alcohol related accidents and fatalities. Currently, the laws in New Hampshire say that any adult who has a BAC of 0.08 as determined by a blood test or breathalyzer can be prosecuted for drunk driving. Drivers under the age of 21 must have a BAC of less than 0.02 to avoid drunk driving repercussions.

According to a CNN report, the BAC calculator published by the University of Oklahoma shows that a typical 180-pound male may hit the 0.08 standard after consuming four or five drinks in one hour, although weight, food consumption, and other factors could alter those calculations. Under the new proposed standard of 0.05, that same male could hit the legal threshold after less than three drinks consumed in an hour. In that same report, however, the American Beverage Institute said that the average woman could reach the new BAC standard after consuming only one drink.

The NTSB said that when a person reaches 0.05 BAC, they have

“reduced coordination, reduced ability to track moving objects, difficulty steering, (and) reduced response to emergency driving situations,” in other words, they show signs of impairment. New Hampshire law, like many other states, has already made it illegal to operate a vehicle while under the influence of any substance that “impairs a person's ability to drive.”

To prove that someone is impaired, generally, law enforcement officers will have a suspected drunk driver perform a series of field sobriety tests and take a breathalyzer test. However, Marshfield Wisconsin Police Lt. Rick Gramza told the Wisconsin Rapids Tribune that “Somebody won't necessarily fail a standard field sobriety test at 0.05. Law enforcement will be challenged to prove why somebody at 0.05 needs to be arrested when they don't fail a sobriety test….I don't think it would necessarily make our job easier.”

In a statement reported by The Hill, American Beverage Institute Managing Director Sarah Longwell said, “Further restricting the moderate consumption of alcohol by responsible adults prior to driving does nothing to stop hardcore drunk drivers from getting behind the wheel. It would simply divert valuable public resources that should be used to pursue the most dangerous offenders and instead use them to target drivers engaging in perfectly safe behavior.”

Beer Institute President Joe McClain believes that the NTSB ought to “encourage policymakers to direct their efforts where we can get results: by focusing on repeat offenders and increasing penalties on those with BAC of (0.15) or more.”

Peter Thompson of the New Hampshire Highway Safety Agency states that highway safety issues don't necessarily revolve around BAC. “I look at distracted driving more than driving at a 0.05 level. We need to ban cell phones while driving. I don't think grabbing people for drinking one beer is the right thing to do when we have so much to do when it comes to highway safety.”