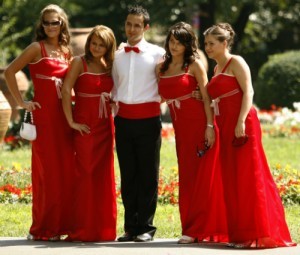 This is the time of year when teens are engaging in prom, graduation ceremonies and the parties that often go hand in hand with them. New Hampshire has some of the toughest laws in the nation regarding underage possession of alcohol.

Russman Law Offices and the New Hampshire State Police are urging parents to take a proactive approach in keeping their teens safe.

According to the Century Council national statistics show that the number of teens who consume alcohol increase with age. A 2011 National Survey on Drug use and Health, at least 2 percent of 12-year-old have drank, 21 percent of 16 year-olds have, and nearly 55 percent of 20 year-olds have consumed alcohol in the past 30 days.

Research published by the Century Council shows that punishment and consequences can have a major influence on whether or not a teen drinks. In fact, the top ten consequences are:

While these punishments are good at stopping teens, those who decide to drink or even have possession of alcohol and are caught by law enforcement officers in New Hampshire face serious repercussions. The law defines intoxication by a minor as an alcohol concentration level of 0.02 or more.

A minor in possession of alcoholic beverages or who is drunk:

A minor (under 21 years of age) who transports alcohol in their vehicle, except when traveling with a parent, guardian, or spouse of legal age, will face a 60 day license suspension.

Parents are encouraged to make sure their teens understand the laws governing minors and alcohol. They should also foster communication with their teens about calling a parent or responsible driver if they have had anything to drink. Teens must also realize the risks of getting in a car with someone who has been drinking. Be open with your children and help them have the strength to make the right choices, even when they are being pressured by their peers.