New Hampshire Has the Most Responsible Drinkers 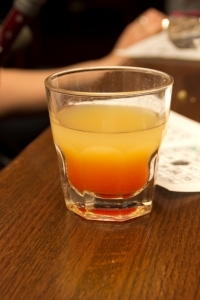 Joshua Zelman used information collected from various sources including the National Highway Traffic Safety Administration, the National Institute on Alcohol Abuse and Alcoholism, and the Federal Highway Administration, to determine which states have the highest rates of alcohol consumption as compared to the highest rates of vehicle accidents. While it may be expected that the states with the most alcohol consumption would also have the most fatal alcohol related fatalities, that doesn't appear to be the case.

What Zelman find when he analyzed the data he found that Mississippians consumed the most gallons of alcohol per capita per year (2.24) and the most traffic fatalities (137) per every million licensed drivers. Oklahoma, West Virginia, Arkansas, and South Carolina were listed in the top five of the least responsible drinkers and drivers behind Mississippi.

The most responsible states listed in the Responsibility Matrix were Minnesota at number 5, Alaska, New Jersey, Massachusetts, and New Hampshire, as the most responsible state in the county. People in New Hampshire consumed 4.38 gallons of alcohol per capita per year, and only had 35 traffic fatalities per million licensed drivers. While Alaska was second in the nation for heaviest alcohol consumption, (3.02 gallons per capita per year) the number of fatal accidents per million licensed drivers was 43.

Research provided by The Century Council shows that in 2011, twenty-seven people died in alcohol related traffic accidents, which is a decrease of 49.6 percent from 2001. However, the organization also says that 86 percent of those fatal accidents were caused by drivers with a BAC of .15 or more, and that 100 percent of those drivers with a BAC of .15 or more were repeat offenders. That same year, 3,616 drivers were arrested for DUI.

According to data compiled by The Century Council, New Hampshire faired a little worse than the national average for hardcore drunk drivers, i.e., those who drive with a BAC of .15 or more or those who do so repeatedly, and who fail to change this behavior in spite of being arrested or undergoing education or treatment. The national data shows that 70 percent of drivers involved in fatal traffic accidents had a BAC of .15 or more in 2011.