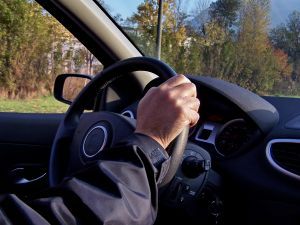 A recent proposal will allow first-time DWI offenders in New Hampshire to be eligible for a “Cinderella,” or “work permit” driver's license.

New Hampshire is in a small minority of U.S. states that doesn't grant limited driving privileges to people who have been convicted for driving while intoxicated.

In fact, according to the New Hampshire Department of Motor Vehicles, our state is one of only five without provisions for restricted-use driver's licenses after a first-time DWI conviction. While the new law is likely to see some changes to its language before it makes it to the House floor, it would allow a person convicted of a first-offenses only, to drive during limited hours and for specific purposes, such as driving to work, getting to medical appointments, and attending substance abuse meetings.

Pros and Cons in the History of the Bill

The bill was filed by House majority leader Stephen Shurtleff, a Democrat from Penacook. It comes just after New Hampshire instituted new DWI sentencing laws on January 1st. It seems that a majority of legislators and law enforcement officers are in favor of the “Cinderella” license, assuming that it is only used for first-time offenders.

For instance, the Union Leader reported that John Tholl, a state trooper who served as deputy Republican whip in the last legislature, gave his opinion on the bill before the Criminal Justice Committee. Tholl indicated that he is in favor of the bill, but only if it is truly limited to first-time offenders who have “absolutely” no history of DWI issues in the past. Tholl has been responsible for some of the crackdowns on people with drunk driving convictions who have tried to cheat certain in-car devices that prevent them from driving.

Similarly, Katherine Cooper, the executive director of the New Hampshire Association of Criminal Defense Lawyers, argued that first-time offenders tend to be “cured by education,” and the additional penalty of a total license suspension only puts their jobs, homes, and medical care at risk. Other advocates emphasize the lack of public transportation in New Hampshire, and that most of the state's residents live in rural areas where driving is the only mode of transportation. The work-permit option for first-time offenders seems essential if we want these people to keep their jobs and pay their mortgages.

However, some people in our state argue that the bill would limit the deterrent effect of a total license suspension now associated with a DWI conviction. For example, Christopher Casko, an administrator with the New Hampshire Department of Safety, indicated that license suspension often is “the most meaningful part of the sentence” and typically “has the most deterrent effect.” He recommends that people convicted of driving under the influence should be subject to at least a minimum suspension without any “Cinderella” privileges.

What Does this Mean for New Hampshire Drivers?

If you have been convicted of a DWI and you are a first-time offender, you may soon be eligible for a restricted-use license, allowing you to drive to work, school, and other necessary appointments. And if you're a resident who is concerned about these drivers on our roads, most advocates agree that first-time offenders are rarely convicted again, and they take these convictions very seriously.