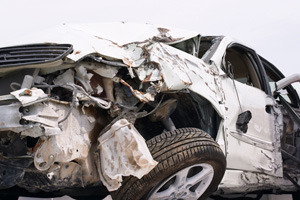 Driving While Intoxicated (DWI) is probably the most frequently committed crime in the United States.

Based on a recent report by the National Highway Safety Administration (NHTSA),    almost every two minutes someone is due to a DWI accident.

The NHTSA also warned that if this trend continues, it is expected that around 30% of the U.S. population would be involved in drunk-driving accident at some point in their lives.

Legislation that prohibits drunk driving has been enacted in almost all states.  This has led to a significant decline in the number of fatalities  caused by a DWI accident.

As mentioned, every jurisdiction has its own DWI law, but all of them share the same basic elements pertaining to the drunk-driving offense.

First, any kind of vehicle that could be put in actual physical control by an individual is covered by DUI laws.  In some states, the Code specifies the areas where the law applies.  In most jurisdictions, including New Hampshire, all public highways and roads as well as private property open to the public, e.g. parking lots, are within the scope of DWI laws.

Second,  intoxication must be detected when the driver is stopped by the police.  This element has often been used for DWI defense, arguing that the driver was intoxicated after the accident occurred.

Lack of intent is another argument  often used for DWI defense.  However, a specific intent to drive while intoxicated is not an element of the drunk-driving offense.  Almost all state laws only require a general intent to drink and then proceed to drive.

For instance, whenever someone drinks alcoholic beverages intentionally then drives afterwards cannot argue with a lack of intent as part of his defense.  If the facts of the case are too complex, it is imperative to consult a drunk-driving attorney.

The most important indication of intoxication is the blood alcohol concentration level or BAC.

Every state imposes its own regulation pertaining to BAC levels that satisfy the intoxication requirement. Measurement of  BAC provides an objective method to determine whether a person is intoxicated.  Decades ago, courts relied on the symptoms of drunkenness to determine the degree of impairment of the defendant.  Now, all jurisdictions have established an “illegal per se” BAC level that automatically indicates intoxication.

All state laws have a common feature in their DWI laws.  Family members of victims of DWI accidents have the right to attend the criminal proceedings, be notified of each stage of the trial, participate in the proceedings, be informed of all available legal remedies and be granted compensation.

Compensation or restitution will be at the discretion of either the judge or the jury.  More serious offenses such as aggravated DWI could have a significant impact both on the sentencing and the restitution awarded to the victim.

Among the various penalties that could be imposed, the most common are the mandatory installation of ignition interlocks, imprisonment, license revocation and suspension of vehicle registration.

Seeking the Advice of a NH Criminal Defense Law Firm

Drunk-driving charges could involve hurdles that are both technical and legal in nature.  Thus, to make sure that all legal steps are taken, it is important to consult a well experienced DWI defense attorney.

New Hampshire courts, for instance, would only follow case precedents within their jurisdiction.  Therefore, if you were involved in a drunk-driving accident and have been charged with aggravated DWI, seek the advice of a New Hampshire Board Certified DWI defense lawyer.