How a New Hampshire DWI Conviction Can Affect Military Personnel

DWI charges as a civilian in New Hampshire can be severe. Even for a first offense, you may receive a fine, probation, a temporary loss of driving privileges or even jail time. If you are active-duty personnel and receive a DUI in the Army, Navy or Air Force – the potential consequences for a military DUI charge can be even more serious. 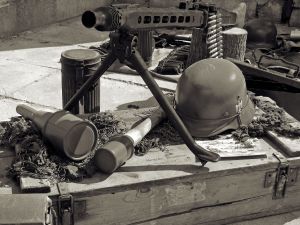 Military personnel are held to a higher standard than civilians. Part of that higher standard is a “zero tolerance” policy toward driving while intoxicated. As a civilian, the state-mandated blood alcohol threshold for a DWI charge is 0.08%. While this rule of state law applies to armed-services personnel driving around Manchester, Portsmouth or anywhere in New Hampshire, military courts can discipline military personnel even if their blood-alcohol level is below the state-defined threshold for DUI charges.

Aside from the possibility of being charged separately as a civilian and as active-duty military, military courts do not adhere to the same sentencing laws as civilian courts. In fact, there are no maximum sentencing laws for military DUI, so the severity of the disciplinary action is left to the discretion of the court. Even if you avoid DUI charges by the state, there could be serious consequences for your military career.

DUI in the Army, Marine Corps or any other branch of the armed services is a serious charge with the potential to have career-ending consequences. In some cases, a military DUI can result in a dishonorable discharge with the loss of benefits and potentially even incarceration. However, in other cases, disciplinary actions only effectively end a military career while not completely terminating it.

Other disciplinary actions can include loss of rank, pay reduction, loss of driving privileges, loss of special clearances and the inability to advance in pay or rank. At the very least, a disciplinary note will be added to your permanent record, which can hamper your career in the military.

Ultimately, it's up to the courts to decide the disciplinary outcome of your offense. If you're facing a military DUI charge, your best option is to hire a DUI attorney who is familiar with military law so that you can resolve this issue with the best potential outcome.