Marine Convicted of Aggravated DWI Due to a Rollover Accident 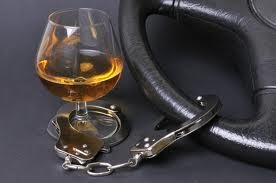 In the most recent New Hampshire DWI case, a marine has been convicted of aggravated DWI for flipping his truck on the Memorial Bridge in Brentwood in March of 2010.  Stephen Bolz, 23, a marine who had been deployed in Iraq for 18 months, has been sentenced to one year in prison for a Class A misdemeanor count of aggravated drunk driving.  Under the New Hampshire DWI laws, all drivers with a blood alcohol concentration (BAC) of 0.8 percent or above are deemed intoxicated.  Bolz, who is a resident of Kittery, Maine, pleaded guilty and admitted that he was drunk at the time of the incident.  According to the authorities, Bolz admitted that he can't remember anything from the accident.

According to the New Hampshire DWI statute, the prosecution needs to prove two factors – actual intoxication of the driver and the intent to consume alcohol then drive.  Aggravated drunk driving penalties are usually imposed on drivers who have committed other criminal offenses apart from the DWI offense.  Penalties include long or evenpermanent license revocation, mandatory installation of an interlock device, community service and lengthy probation.   Due to the recent amendments of the laws pertaining to DWI, New Hampshire has been reported to have a low number of DWI cases.  An aggravated drunk driving case such as Bolz's is rather rare in the New Hampshire area.

In the case of Bolz, the court issued a sentence of one year imprisonment followed by a revocation of his driver's license for 18 months, mandatory installation of an interlock device, completion of a multiple offender program as well as the payment of a fine of $1,500 with $750 suspended.

Indication of a Drunk Driving Offense

The investigation revealed that Bolz's truck drove over a curb right before entering the bridge.  Then it hit a pillar and rolled over.  After the cleanup, the truck was kept at the police station where its condition was examined by authorities.  There were damages on both sides and all front air bags were deployed.  There were also empty Budweiser cans that were found on the front seat.

Typically, the prosecutor is required to prove that the driver consumed enough alcohol to fulfill the legal definition of DWI.  New Hampshire laws, like all other states, have introduced the illegal per se violation which is based on the driver's BAC level.  It is considered by courts as an objective indication of a DWI offense even if the driver did not show any sign of intoxication.  However, where there is no proof of the driver's BAC level, authorities rely on other evidence collected in the scene.

In cases such as Bolz's, it is important to hire a New Hampshire DUI lawyer who is familiar with the amendments of the applicable drunk driving laws and the recent court interpretations.  Also, since the statute fails to define all elements of the DUI offense, the services of an experienced lawyer could be crucial for the driver's defense.