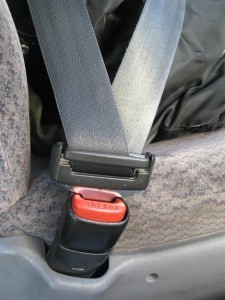 Recently a 29-year-old man died in a New Hampshire car crash as a result of injuries sustained when his pick-up truck hit a tree head-on on Route 20 in Albermarle County. According to the police report, he was not wearing a seat belt at the time of the car crash.

The state of New Hampshire does not have a seat belt law on the books, making it the only state in the union not to have one. How you feel about it depends on your point of view.

People living in New Hampshire are known to be fiercely independent and a recent New Hampshire newspaper editorial sited citizens' resistance to state government interference in their lives – they do not want to feel bullied around by the state.

Others feel that if you want to have a good chance of surviving a serious automobile accident, a seat belt is essential.

There is a New Hampshire child restraint law on the books.  The law (RSA 265:107-a) requires that:

The law sites four exceptions when child restraints are not mandatory:

The young man mentioned above became the 11th fatality in Albemarle County this year. Someone passing the crash moments after it occurred stated,

“…it was horrendous…[Route] 20 is a winding, hilly road with many blind curves.”

A mother who lost her son on the same road last year urges everyone to be very careful on this local highway.

“There have been too many fatal accidents on this road—several in the nine years we have lived here…please do your part to keep everyone safe,” she said.

Do your part to avoid a terrible car accident. Wear a seat belt.

Injured victims of New Hampshire car accidents, whether or not they were wearing a seat belt at the time of the wreck, need to consult with a New Hampshire automobile accident lawyer that can assist with filing a claim against the defendant. Since there is no law requiring the use of seat belts, not wearing one cannot be used as a mitigating factor against the victim.

If you were injured in a NH car crash while not wearing a seat belt, you will need an experienced New Hampshire personal injury attorney to protect your legal rights and to obtain a fair and equitable settlement.