Recovering Damages from a Birth Injury 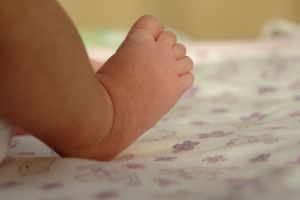 Birth injuries could result from a negligent act of a physician or any medical staff in treating patients during the term of pregnancy or at the time of the delivery.

To pursue a claim in court, the plaintiff needs to provide evidence of the following four elements. First, there has to be a doctor-patient relationship that existed.  Second, there has to be solid proof that the physician or his staff was negligent in his actions.  A doctor need not have extraordinary skills to perform the necessary treatments, but he should be “reasonably skillful and careful.” Third, the negligent action of the doctor should have caused the birth injuries at issue.  Lastly, the injuries should be connected to the damages suffered by the plaintiff.  These damages could include medical expenses and costs of emotional distress.

There is a wide variety of situations that could be the basis for a birth-related medical malpractice lawsuit.  The most common among them is the failure of the physician to diagnose.  For instance, if a doctor failed to perform necessary tests on both the mother and the fetus prior to the delivery in order to detect possible complications, injuries resulting from this negligent action could lead to a claim for damages.  The failure to monitor the baby's intake of oxygen could later result to irreparable brain damage or even death.  Parents of the injured or deceased baby could bring a medical malpractice claim against the physician.

Improper treatment by the physician is another common argument.  For instance, if a doctor failed to provide proper care to a baby that was delivered prematurely, recovery of damages could be sought if injuries resulted from the physician's actions.

The failure of not informing the parents of potential risks of medical procedures could also lead to a medical malpractice claim.  Parents could argue that they wouldn't have given their permission for a certain treatment if they had been duly informed.

Case of a Brachial Plexus Injury

A brachial plexus injury results from the excessive stretching of the nerves in the baby's neck during the delivery.  This usually happens when either the midwife or the doctor uses extensive force or tools such as a vacuum extractor or forceps to pull the baby out.  Such an injury to the infant could be easily treatable, yet in some cases, surgery might be required.  In both cases, medical expenses including therapy and rehabilitation could be recovered by filing a lawsuit against the physician or medical institution.

In case of an injury to the infant, the parents will assume the role of the plaintiffs who could then demand for general and punitive damages.   These will include medical expenses, cost of emotional distress and loss of enjoyment of life.   The most difficult element to prove in a birth injury lawsuit is the negligence of the doctor involved.  The vague term “reasonable care” is usually the focal point of the discussion in court and eventually becomes the deciding factor in a case.

Birth injury cases involve medical, technical and legal issues.  Thus, before filing a lawsuit, it is important to obtain an initial assessment of the case from an attorney.  This assessment usually includes an estimate of the damages and the likelihood of winning the case based on recent court opinions.  This information will help parents in deciding whether to pursue the claim or not.