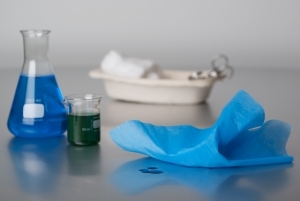 People who are suffering any kind of illness due to asbestos exposure could have a legal claim for damages.  Relatives who have proof that their deceased family member died due to mesothelioma caused by exposure to asbestos could also pursue a claim.  Such damages claim could be filed against the manufacturer of the asbestos, the insurance company or (if any) a victims' trust fund that is allocated to compensate mesothelioma victims.  Regardless of the status of the company, they can still be sued even if the previous manufacturer is legally non-existent, either due to stocks sale or bankruptcy.  In such cases, the victims' trust fund will assume the liability of the original manufacturer.

Statute of Limitation for Mesothelioma Claims

Signs of asbestos poisoning could appear 10 or even 40 years after being exposed to asbestos.  States have different regulations as to the statute of limitations for mesothelioma claims.  In any case, the plaintiff has to act immediately after the diagnosis because in some states, like California and Tennessee, claims can only be filed within a year after the discovery of the illness.  The same period applies to cases where the spouse files a claim for the wrongful death of his or her partner due to mesothelioma.   However, class actions are not possible in these cases because every individual's medical history differs from other victims.  For this reason, mesothelioma lawyers cannot combine different claims into one single lawsuit.

According to N.H. Rev. Stat. Ann. § 508:1 et seq., legal claims that fall under the jurisdiction of New Hampshire courts are barred three years starting from the date the victim discovered that he is suffering from mesothelioma.   This regulation is particularly relevant for former employees in the Portsmouth Navy Shipyard that was known as an asbestos hotspot.

Duration of  a Mesothelioma Case

In the majority of asbestos poisoning cases, the parties agree on the amount of damages without pursuing the claim in court.   Typically, if the victim has all the information on his health condition and history of employment, and it is clear from  whom he will ask the money from (insurance company of victims' trust fund), the settlement money can be paid in less than a year starting from the date of the filing of the lawsuit.   However, in cases where the claim for damages needs to be brought to court, the case could be concluded within two years or more.

It is difficult to make an estimate of the damages in advance.  There are cases where the victim received as much as millions while some cases have been settled with a minimal fee.  The defendant's financial situation will partly determine how much a claimant will get.  If the company that is being sued went bankrupt and the victims' trust fund has been depleted because of the high number of claims, the amount of damages could be significantly lower.

Cost of Representation by Mesothelioma Lawyers

In almost all states, the parties agree on a contingency fee arrangement with their lawyers.  Under such an agreement, the victim is not required to pay initial consulting fees.  However, if he wins, his lawyer will get a certain percentage as a contingency fee.   This percentage could range between 25% and 40% of the total amount of damages that has been awarded to the victim.

If you've been recently diagnosed with mesothelioma caused by exposure to asbestos contact NH Personal Injury Attorney, Ryan Russman for a free consultation.