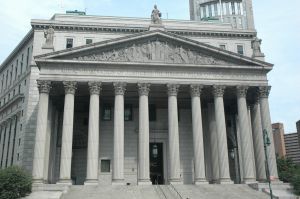 Following a situation in January in which “nonspecific threats” were made causing Windham County and other schools close by to heightening their security, legislators have proposed a controversial bill that would deem threats made to students or schools a felony, and a cause for police to transport the offender for a mental health evaluation, without having to obtain a warrant to do so first.

State Rep. Mike Hebert (R-Vernon, Guilford) tells the Reformer that he knows there are personal liberty issues surrounding the bill, and acknowledged that there are actually a “multitude of issues,” with the bill. However, it is his hope that it brings about important discussions regarding how threats made by persons with mental health issues are handled.

Hebert, who introduced the bill in February with three others, said he understands the bill is controversial and that some parts may need to be amended, but he hopes it would allow authorities to act quickly when a situation with a mentally ill person occurs. “This would allow an officer to look at a situation and make a determination that, maybe it's in your best interest or for your personal safety to be examined.”

The reach of the proposed bill extends from schools and public places into the homes of Vermont residents. In fact, bill would apply to basically any emergency situation “where a certification by a physician is not available without serious and unreasonable delay, and when personal observation of the conduct of a person constitutes reasonable grounds to believe that the person is a person in need of treatment, and he or she presents an immediate risk of serious bodily injury to himself or herself or others if not restrained.” Thought he bill says authorities should apply for a warrant for an immediate examination, they do not have to wait to get the warrant before putting the person in “temporary custody” and transporting them to “the nearest designated hospital.” Further authorities would be able to “enter a residence or other premises where the person is reasonably believed to be located in order to apprehend and take the person into temporary custody.”

The bill would require that hospital staff wait for the warrant before starting an examination unless safety issues make it necessary for physicians to begin. However, if the court does not grant a warrant, or if the examining physician does not find the person in need of treatment, the person must be immediately released.

Hebert says that police officers would need training as to prevent the bill from being abused. He also says that he is looking forward to hearing from experts regarding the provisions of the bill during legislative hearings.

About the Russman Law Office

The experienced and committed law firm of Russman Law fights for the rights of New Hampshire citizens and advocates for victims of personal injury. If you or someone you love needs personal injury representation we encourage you to contact our office for a free consultation.