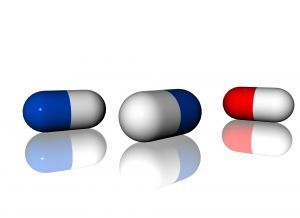 The plaintiff alleges that the generic drug sulindac was unreasonably dangerous and designed defectively. She alleges that the drug required her to spend a year being fed from a tube, spend months in a coma, and undergo twelve eye surgeries with more to come. The defendant did not deny that sulindac caused the plaintiff's reaction. Instead, it argued that the drug performed a needed function and that unfortunate reactions like the plaintiff's happen occasionally.

The defendant also argued that, because it is a generic drug manufacturer and did not design the drug, it could not be liable for the side- effects. A jury found the defendant liable and awarded the plaintiff more than $21 million in damages. The United States Court of Appeals in Boston rejected the defendant's arguments and upheld the large verdict in favor the of the plaintiff.

Previously in 2011, the Supreme Court ruled that consumers harmed by the side effects of generic drugs could not bring a lawsuit alleging that they were not properly warned. In that case, the generic drug manufacturer was sued under state drug labeling law.

While the previous case is similar, it does not necessarily preclude a decision in favor the plaintiff in this case. The New Hampshire law in question provides that a drug has a design defect if the danger outweighs the utility of the product. Unlike the previous Supreme Court case, here the state law does not conflict with federal law.

Also, in this case, the plaintiff's lawyers have argued that generic drug manufacturers still owe some duty to the ultimate consumers. Generic drug manufacturers still have a choice about selling dangerous drugs if they want to comply with the Food and Drug Administration's rules, if the drug is dangerous or defective, they do not have to sell it.

The repercussions of the Supreme Court's decision could be far-reaching. Some experts believe that a decision in favor of the pharmaceutical company would prevent any state law claims for products that are also regulated by the federal government. In addition, it could significantly reduce a consumer's ability to bring a lawsuit against generic drug manufacturers.

Conversely, a decision in favor of the plaintiff could provide those injured by generic drugs some hope that they will have their day in court and an opportunity to seek justice. As always, if you have questions about these matters in our area, be sure to get in touch with a NH attorney and share your story.